Breast cancer is a tumor formation that develops from the cells that line the milk glands or the ducts that carry the milk to the nipple and grow uncontrolled as a result of various factors and have the potential to spread to other organs. Breast cancer is the most common cancer found in women. It ranks second in cancer deaths after lung cancer. While one out of every 8 women has the risk of developing breast cancer during their lifetime, the incidence in men is below 1%.

Cancer grows in the breast over time. While it does not give any symptoms in the early stage, it may give symptoms such as palpable hardness in the breast, shrinkage in the nipple or skin, redness, bleeding from the nipple. Then it moves to the armpit lymph nodes on the same side and causes these glands to grow. In its more advanced stage, it jumps to vital organs such as the brain, liver, lungs and causes death.

Although the incidence of breast cancer has increased, there is a decrease in breast cancer deaths. The most important factor in this decrease is early diagnosis and advances in appropriate treatment opportunities. For this reason, it is important that the problems experienced in the breast are resolved by experienced physicians specialized in different areas.

In our breast diseases diagnosis and treatment unit; the patients are provided with the opportunity of treatment with team devices consisting of breast surgery, plastic surgery, radiology, pathology, medical oncology and radiation oncology branches.

The patients diagnosed with breast cancer are screened with whole-body PET CT before surgery to determine whether the disease is metastatic or not, and the treatment plan of the disease is planned accordingly.

In our council, which includes pre-operative surgeons, plastic surgeons, radiologists, pathologists, nuclear medicine, medical and radiation oncologists, the patient is discussed before and after surgery and the treatment plan is implemented according to the decision of the council.

In our council, which includes pre-operative surgeons, plastic surgeons, radiologists, pathologists, nuclear medicine, medical and radiation oncologists, the patient is discussed before and after surgery and the treatment plan is implemented according to the decision of the council.

Breast-conserving surgery in which only the tumor is removed with a clean, safe surgical margin and axillary dissection is performed only in the presence of metastasis with sentinel lymph node sampling in the patient caught at an early stage.

If safe surgery will not be possible in larger tumors and a cosmetically acceptable breast is not possible, a surgical method, which we call mastectomy, is used to remove the entire breast.

In some patients with advanced stage breast cancer, medical treatment is planned by the preoperative oncology, which we call neoadjuvant therapy, and local and systemic control is provided, and then surgery is performed.

The patient is evaluated preoperatively by a plastic surgery specialist and planning for reconstruction of the breast is made at the end of post-operative oncological treatments, which we call late reconstruction, or by using concurrent tissue expander or permanent prosthesis, called post-mastectomy, early reconstruction.

Genetic counseling services are also provided in our genetic center for breast cancer patients, especially those with high risk and family history. With the decision of the council, with the decision of the council, leaving the breast skin and removing the breast tissue completely, a tissue expander is placed behind the pectoral muscle or a permanent prosthesis is placed in the first place according to the breast structure without using tissue expander.

The whole breast was removed such as breast conserving surgery and mastectomy; At the same time, in patients who underwent sentinel lymph dissection or axillary dissection, in conditions that impair the patient's quality of life such as numbness in the arm, pain and limitation of movement, lymphedema; Supportive services such as physical therapy are provided. 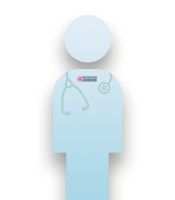 Make an appointment
BACK TO MEDICAL UNITS